Justice for Berta: In 15 days the pretrial detention for Roberto David Castillo expires

Justice for Berta: In 15 days the pretrial detention for Roberto David Castillo expires

Berta Cáceres was murdered on March 2, 2016. Four and a half years since her assassination, her family and Honduran society are still waiting for the Honduran justice system to punish all those responsible. According to the sentence issued against the people already convicted, they murdered Berta for her opposition to the Agua Zarca hydroelectric project, implemented illegally in indigenous territory by the company Desarrollos Energéticos (DESA).

In November 2018, seven people were convicted for the murder of Berta Cáceres including former employees of DESA, active and retired military personnel, and hit men. The verdict states that “the actions carried out by Ms. Cáceres caused serious damage and delays in the dam’s construction, which led them to plan the murder of Ms. Cáceres, with the knowledge and consent of executives of the company, DESA.”

Roberto David Castillo Mejía was president and general manager of DESA when Bertha was murdered. He was captured on March 2, 2018 for his alleged participation in her murder. Nearly two and a half years after his arrest, his trial has still not started, due to a series of delaying tactics through appeals presented by his defense that have been accepted by Judge Lisseth Rosario Vallecillo Banegas.

“As a family, we are very concerned that on September 2 – in two weeks – the legally permitted period of pretrial detention for David Castillo will expire. We believe that the delaying tactics by his defense are intended to secure his freedom. When Castillo was captured, he was trying to flee the country. We don’t want him to be release, run away and evade justice in the case of my daughter’s murder,» stated Austra Bertha Flores, Berta’s mother.

Furthermore, the President of the Supreme Court of Justice, two days before the end of the preliminary hearing where the continuity of the judicial process will be determined, has changed the judge, Lisseth Vallecillo. We strongly hope that this will serve to speed up the case. We will be vigilant to ensure that the trial takes place within the framework of all constitutional guarantees and those established by the criminal law.

Given the constant, unjustifiable delays in Castillo’s trial, and the imminent expiration of Castillo Mejía’s pretrial detention, Bertha Cáceres’ mother and family, together with ASJ and Oxfam, demand:

We ask friendly countries and international donors to press for action in search for the truth regarding the intellectual authors and the corruption linked to this case.

«THE MOTHER AND THE BROTHERS OF BERTA CÁCERES DEMAND JUSTICE» 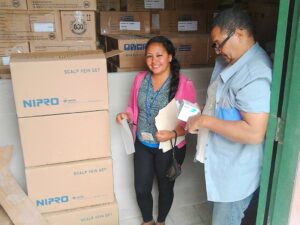 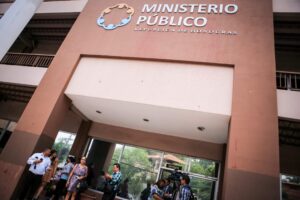 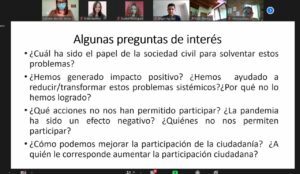